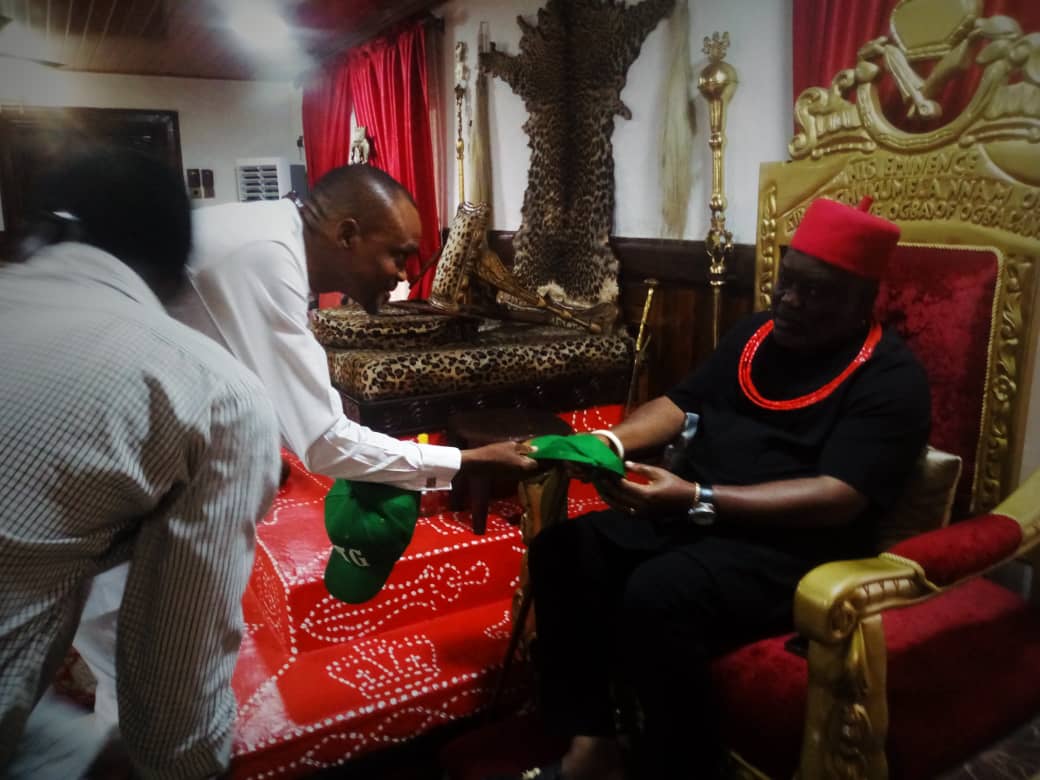 A MEDIA REPORT OF THE CAMPAIGN FOR TRANSFORMATIVE GOVERNANCE (CFTG) TOWN HALL MEETING WITH POLITICAL PARTIES, POLITICAL ASPIRANTS AND THE ELECTORATES FOR THE RIVERS WEST SENATORIAL DISTRICT AT OMOKU CIVIC CENTER ON THE 9TH DAY OF AUGUST, 2022The Campaign for Transformative Governance is a nationwide coalition of labour, civic society working people organizations. The coalition was established to promote and enhance good governance through democratic and civic engagements with political parties, political aspirants, and actors towards the 2023 general elections and beyond. The coalition is a platform for political engagements and strengthening the relationship between the working people, the citizens and political aspirants and parties in the countdown to 2023 elections. On the 9th of August 2022, the Rivers State Chapter of the Campaign for Transformative Governance, led by Comrade Sam Chikweri, organized a town hall meeting at the Omoku Civic Center for the electorate, political aspirants, and political parties in the Rivers West Senatorial District.The purpose of the town hall meeting was to drive home the campaign for good and transformative governance in Nigeria by creating an opportunity for the working people, the electorate, political parties and political aspirants to engage in an interactive session. The interaction will enable the citizens to express their demands and expectations from political parties and aspirants, thereby reenacting the social contract between the citizens and political aspirants from the various political parties for the 2023 general elections and further engagements thereafter. On arrival at Omoku, the team of Campaign for Transformative Governance, Rivers State paid a courtesy call on the monarch and traditional ruler of Ogba land, His Eminence, the Oba of Ogba Land in his palace at Omoku. The leader of the team, Comrade Sam Chikweri, explained to His Eminence the mission of his team and the need for all and sundry to rally round the campaign to ensure its success. He reminded the monarch of the critical and invaluable role of the traditional institution in ensuring the success of the electoral process and mobilizing the citizens to perform their civic duties. He also reminded him of the need for the traditional institution to deepen the campaign against corruption, good governance, participation in the electoral process, ensuring continuous political education to sustain the consciousness of their subjects. This he said could be achieved by mobilizing the citizens in their domain to interrogate political actors and political aspirants to extract commitments and social contracts from them. He presented the branded campaign face cap of the team (CFTG) to the monarch.

Earlier at the palace, the Coordinator, Campaign for Transformative Governance in Rivers West Senatorial District, HRH Ambassador Bright Abali the Ukele Ukwu of Ogbaland informed the monarch, the Oba of Ogba Land, that the team had visited him to solicit his support in deepening and sustaining the campaign to the grassroots and rural areas in the communities within his command. He introduced the team and urged the monarch to render his fatherly blessings and support for the activities of the day which he said is the beginning of a positive change in the political processes in Nigeria and Rivers state.

He said that the group choose the town for the sensitization progrmma because of the peace in the area under the reign of the present Oba.In his reaction, His Eminence, the Oba of Ogba Land, thanked the leader of the Campaign for Transformative Governance and urged him and his team not to relent in their quest for a better society. He said that this is the most auspicious time for the campaign but however, he wished that the initiative had come earlier. He said that Nigeria has urgent need for socioeconomic and political transformation to sustain the oneness and nationhood. He maintained that the quest for a better Nigeria is the responsibility of all. If we must succeed, we must be truthful, law-abiding and enthrone a political leadership driven by the principal of political accountability and anti-corruption. Leaders, he said, must separate between what is collective and personal and ensure equity, social justice and transparent honesty. He urged the Campaign for Transformative Governance to move at a fast pace to concretize their campaign especially in the rural areas where ignorance is deep and makes it difficult for most citizens to make informed choices in political matters.

The Campaign for Transformative Governance left the palace to Omoku Civic Center for the engagements of the day. At the Civic Center, people from various communities in the Rivers West Senatorial District were seated. They cut across Ahoda East and West, Elele, Omoku, Okposi and various villages from Ogba, Egbema and Andoni Local Government Areas etc. In their reactions in the interactive sessions, various speakers identified seasonal perennial flooding, lack of access roads to the rural areas, insecurity, environmental pollution, poor health facilities, lack of water supply and unemployment etc among other utilities and social amenities that need urgent attention in their areas. It was their opinion that infant mortality as a result of lack of health facilities or poorly equipped health institutions has increased in the last four (4) years. They stated that the most urgent of all challenges that require instant attention was the yearly flooding of the Orashi River which they said would soon send them packing as usual this year. The flooding, they stated, is because government has not paid any attention over the years to dredging the river or opening up sufficient channels and gutters to allow easy and natural passage of water. This has caused annual flooding in many rural communities within the senatorial districts leading to loss of life, property and agricultural produce, disrupting social and economic life and deepening poverty in the region. Among other issues identified, this is uppermost in their scale of preference.       In their various responses, the governorship candidate of Allied Peoples’ Movement, Dr. Innocent Ekwu, who is from Ogba/Egbema/Andoni Local Government Area and a native of Omoku identified the issue of flooding raised by the participant. He recalled how that has been a perennial challenge in the area and saw the need for urgent attention and solution. He maintained that if elected into office, he will commit to ensuring that the problem of flooding will be solved in affected communities, not just in the Rivers West Senatorial District, but in Rivers State. He maintained that for sustainable development and to harness the agricultural potentials of Rivers State to the fullest and ensure that agricultural productive activities will proceed at a sustained pace, the question of flooding must be answered as a matter of urgent development for the state.In a related development, Honorable Wonike Briggs, the governorship candidate of Young People’s Party, in response to the chatter of demands of the citizens identified education, empowerment and employment as the cardinal philosophy of his political aspiration. He stated that poor education, lack of employment and inadequate productive activities breeds poverty and insecurity which is endemic in Rivers State. However, the issues of development are interrelated and interwoven and none can be dealt with in complete isolation to the other. To create wealth will demand taming nature under human control and therefore to create employment and empowerment in the rural areas, the flooding problem must be solved by dredging not just the Orashi River, but also rivers in the area that reinforce flooding seasonally. He lamented the level of poverty in the state and agreed that there is urgent need to expand the productive base of the state to build a buoyant economy that will cater for all. He therefore committed to ensuring that basic amenities are provided in the rural areas to contain restiveness and insecurity. Going forward, the state chairman of Allied People’s Movement, Honourable Didia Ebenizer made it clear that his party is willing to enter into a chatter of demands with the people and to design their campaign and manifesto along those demands. He said that the town hall meeting is a welcome development and that his party will participate at all the other town hall meetings in the various senatorial districts. Various political aspirants and parties expressed optimism in the campaign and maintained their commitments to any chatter of demands of the people which they said will shape their campaign program and manifesto of deliverables on the needs and aspirations of the community people when the ban of political campaign is lifted.