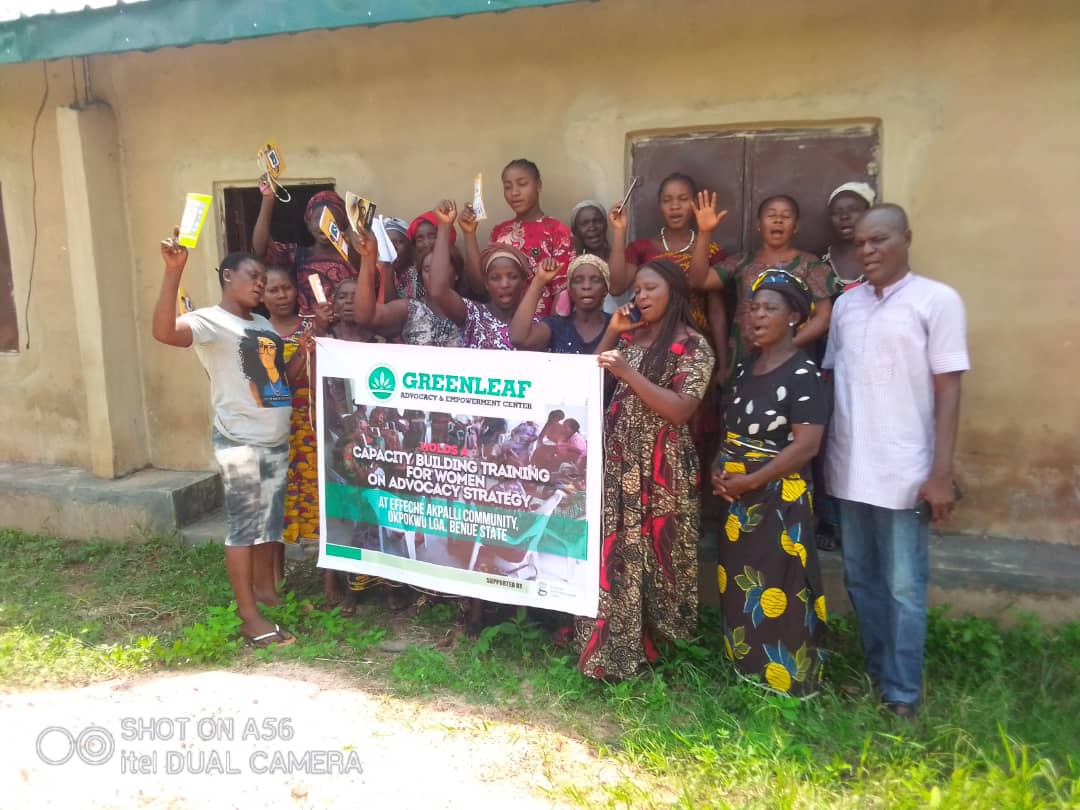 The training was  facilitated by the program Led- Nne umoren of Green leaf Advocacy and Empowerment center.About twenty community women drawn from Effeche- -Appalli community,Okpokwe Local Government Area of Benue State participated  in the training.
The facilitator gave an opening remark with an overview of the project, stating that the activity is to  increase women advocacy strategies, through organizing , building capacity of women to engage, in order to assert their  needs and their capacity to demand for inclusion in decision making processese.
Participants were mainly non-literate as the woman leader acted as interpreter all through.
The consultant to Greenleaf Advocacy Dr. D.Ogbofa , took the women through  several advocacy processes, and key strategy that is more participatory and community driven process.
Women were  also given the opportunity to share their experience as a result of coal mining and how it’s affecting them.  It was seen that non-inclusion of women in community governance and development was obvious, most of them uses their dialect said  men don’t value women and can’t listen or take advice from women.
They said women are not allowed to participate in meetings.
Women also complained that the compensation that was paid by the Dangote company was only given to men while some  men gave some money to their wives.
They alleged that widows and single mothers were left out because they don’t have husband.
The women complained of issue of pollution especially on their farm lands ,  as they can no longer go to farm , no access road ,no money for transportation to convey them to areas where they can plant .The women said they are  suffering and starved.
They said “even the Community Development Agreement (CDA) women were not involved and not consulted in order for their needs to be included in the plan”.
participants expressed satisfaction and commitment and a work plan for further engagement was developed at the end of the training.

NGO  Train  Journalists In PortHarcourt  On Application Of FOI Act