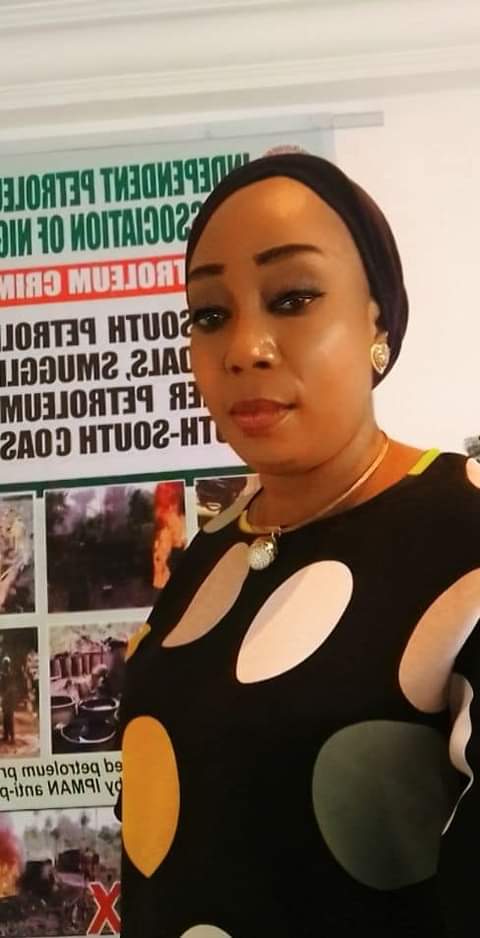 Mrs Aisha Ahmed the press officer of IPMAN anti-bunkering unit,South -South inland water ways has disclosed how she spent fifty -one days in PortHarcourt correctional centre following her arraignment on trumped up charges by the operation sting unit of the Rivers State Police on 3rd February,2022.Mrs Ahmed made the disclosure shortly after she and her head of operation, Mr Tamnosaki Jack were discharged and acquitted by a Chief Magistrate Court presided over by Chief Magistrate A.O Amadi Nna  in PortHarcourt last week Thursday (31/03/2022) based on advice from Director of Public Prosecution (DPP) forwarded to the court which stated that there is no prima facie case against the defendants as they were members of IPMAN task force on illegal bunker who were carrying out their legitimate duties as at the time of their arrest.
Mrs Ahmed told our correspondent that their operational  vehicle  broke down at Nkpogu junction in PortHarcourt as they were conveying 120 drums of seized suspected illegally refined petroleum products to their office when the Camp Commandant of Rivers State Government house and officials of PHALGA  arrested them ,drove them round the city before handing them over to operation sting,Police unit.Mrs Ahmed disclosed that she was beaten up,her clothes torn by the people who are arrested  her .She revealed that they  were restricted from communicating with their lawyer,family and friends as their cell phones were taken away from them and they were also treated like common criminals.She said without investigation,in less than eight hours they were arraigned in a Chief Magistrate Court on trumped up charges, the court declined jusridiction and forwarded case file to DPP.

In the meantime the Centre for Basic Rights Protection and Accountability Campaign has expressed disappointment at the action of the Police unit which did not follow due diligence in the matter before arraigning the officials of IPMAN in court which resulted to their unjustified incarceration.The National Coordinator of the group, Prince Wiro disclosed that the development shows that some innocent Nigerians are being arraigned in court by some security agents for purpose of persecution and not prosecution.
Mr Wiro noted  that the development is   a pointer to the fact that some security agents saddled with responsibility of combating illegal bunkering in the state may be arresting and arraigning innocent persons in court to benefit from the money promised by the Governor of the state on the fight against illegal oil bunkering.Mr Wiro added that the action of the Police unit is questionable and the organization is considering petitioning the Inspector General of Police (IGP) and Police service commission on the unprofessional conduct of the officers fingered by the IPMAN officials.Meanwhile an order issued by Chief Magistrate A.O.Amadi-Nna which was sighted by our correspondent directed the Operation Sting Unit of Rivers State Police command to release the operational vehicle,the van carrying the products and 120 drums of diesel to the defendants immediately.