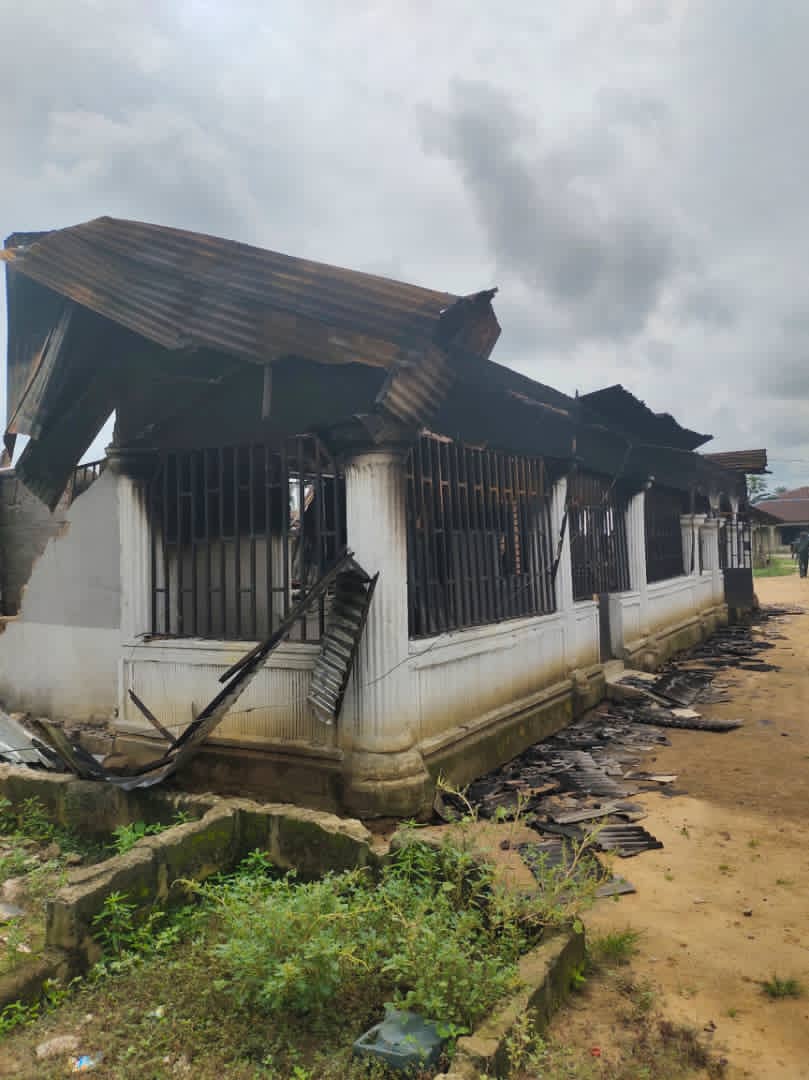 Chief Israel Anele a former acting Chairman of Community Development Community(CDC),Obelle community, in Emohua Local Government Area of Rivers State  and a retired Divisional Police Officer (DPO) whose palace and house  was burnt by suspected disbanded OSPAC members in Obelle community last Sunday, has denied allegation by the Emohua Council Chairman,Dr.Chidi Lylod that he is the precursor of the problem in Obelle.
Dr .Lylod had in a radio programme monitored in PortHarcourt on Wednesday accused the retired Police Officer of being responsible for the problems in Obelle from when he was appointed acting CDC Chairman.The Emohua Council Boss also disclosed that he has made a personal compliant to the Rivers State Commissioner of Police that Chief Anele should be arrested but wondered why he has not been arrested.
In the meantime,the retired senior Police officer has denied  the allegation made against him by the Emohua Council Boss.
In a Telephone interview with our correspondent, the ex-DPO disclosed that he brokered peace between all worrying factions in Obelle in 2019 soon after he was made acting CDC Chairman in the community and the peace was sustained till the community decided to bring in OSPAC which immediately they emerge, left their primary roles and starting killing their perceived opponents who has repented.
He said as a former senior Police officer,there is no way he will comprise with cultists or instigate problems in the community as insinuated by the Council Boss.
Chief Anele disclosed that in January,2022 he wrote a petition,Commissioner of Police,AIG zone 16, Bayelsa state and also  to the Council Boss informing about the threat to his life by some chiefs and OSPAC members urging him to save his life but the Council Chairman did not take any action.
He further disclosed that on April 6,2022 he went to the house of Dr.Lylod to tell him that his life is still being threatened but the Council Chairman did not take any action.
Chief Anele urged the general public to disregard the allegation made against him by Emohua Council Chairman as it is baseless,false and unfounded.
Recall that Chief Anele had accused members of disbanded OSPAC in the community led by one ‘Naked Wire’ of being responsible for the arson attack on his palace and house.Atleast seven persons have being killed in Obelle community  by suspected cultists in the past weeks with many natives fleeing the community as at press time.